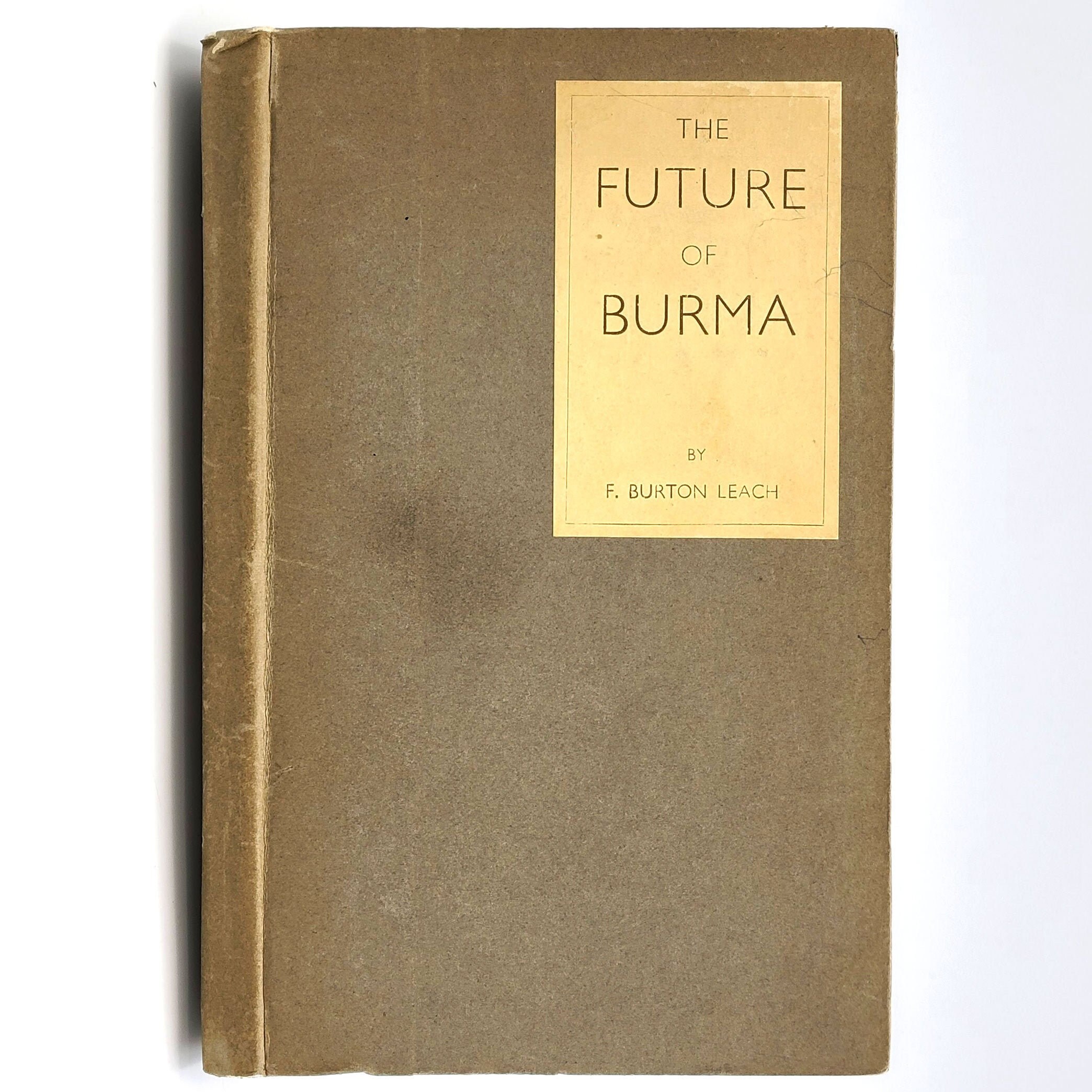 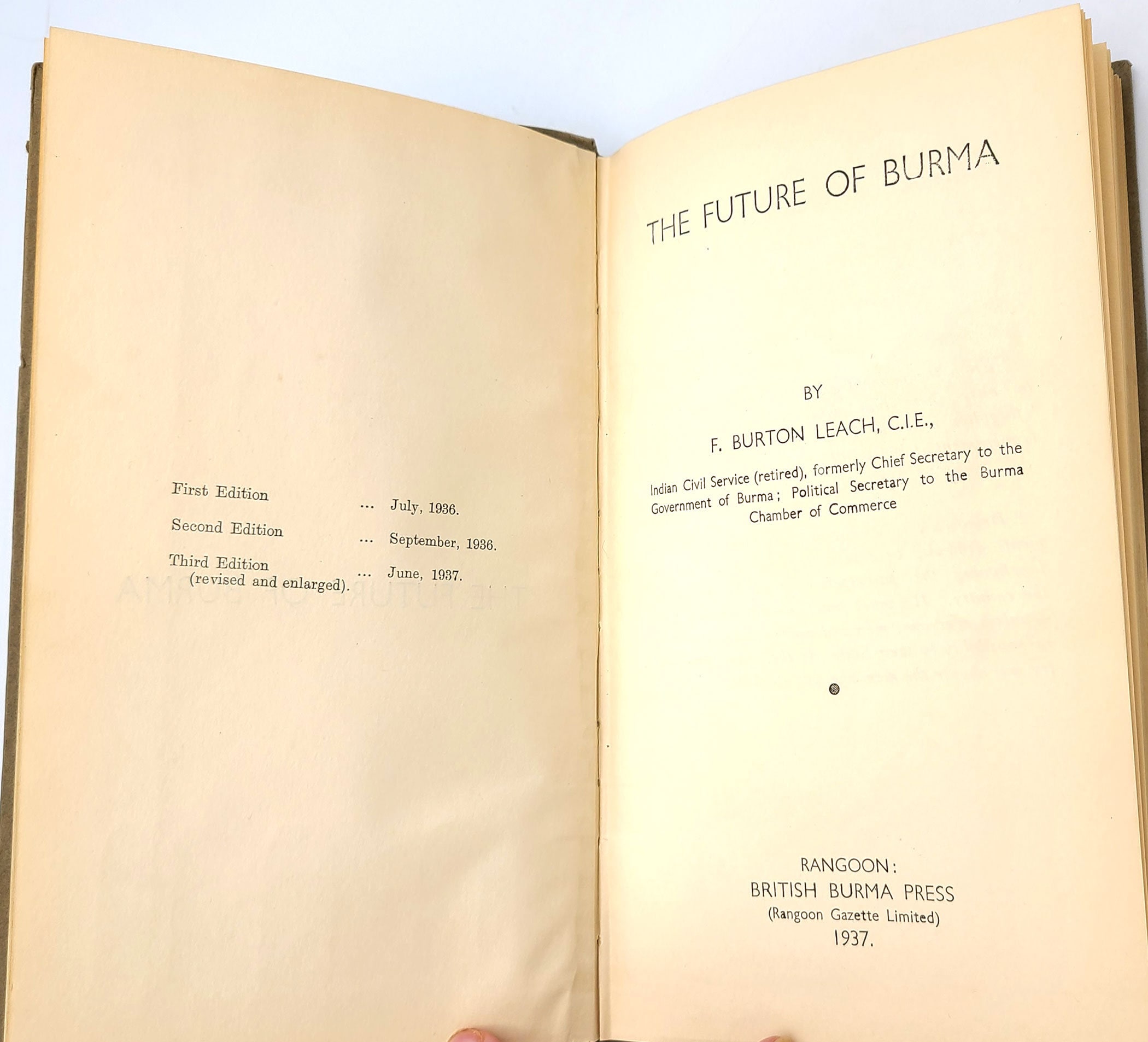 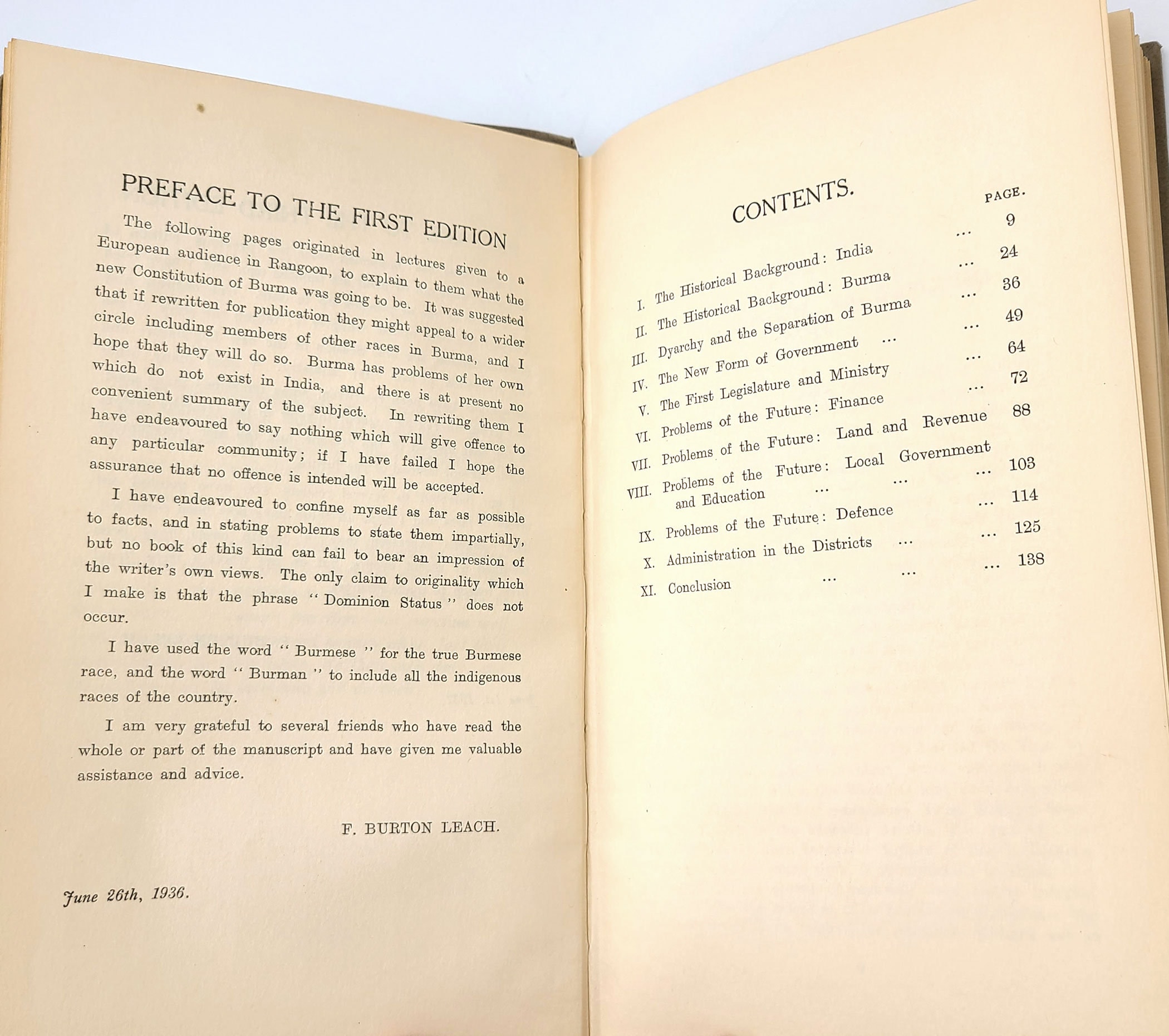 Title: The Future of Burma

Third edition, being a revised and updated edition, published in June 1937, just on the heels of the advent of Burma becoming a separately administered colony of Great Britain. There is one entirely new chapter included, telling the story of the general election, the first Session of the new Legislature and the formation of the new Ministry.