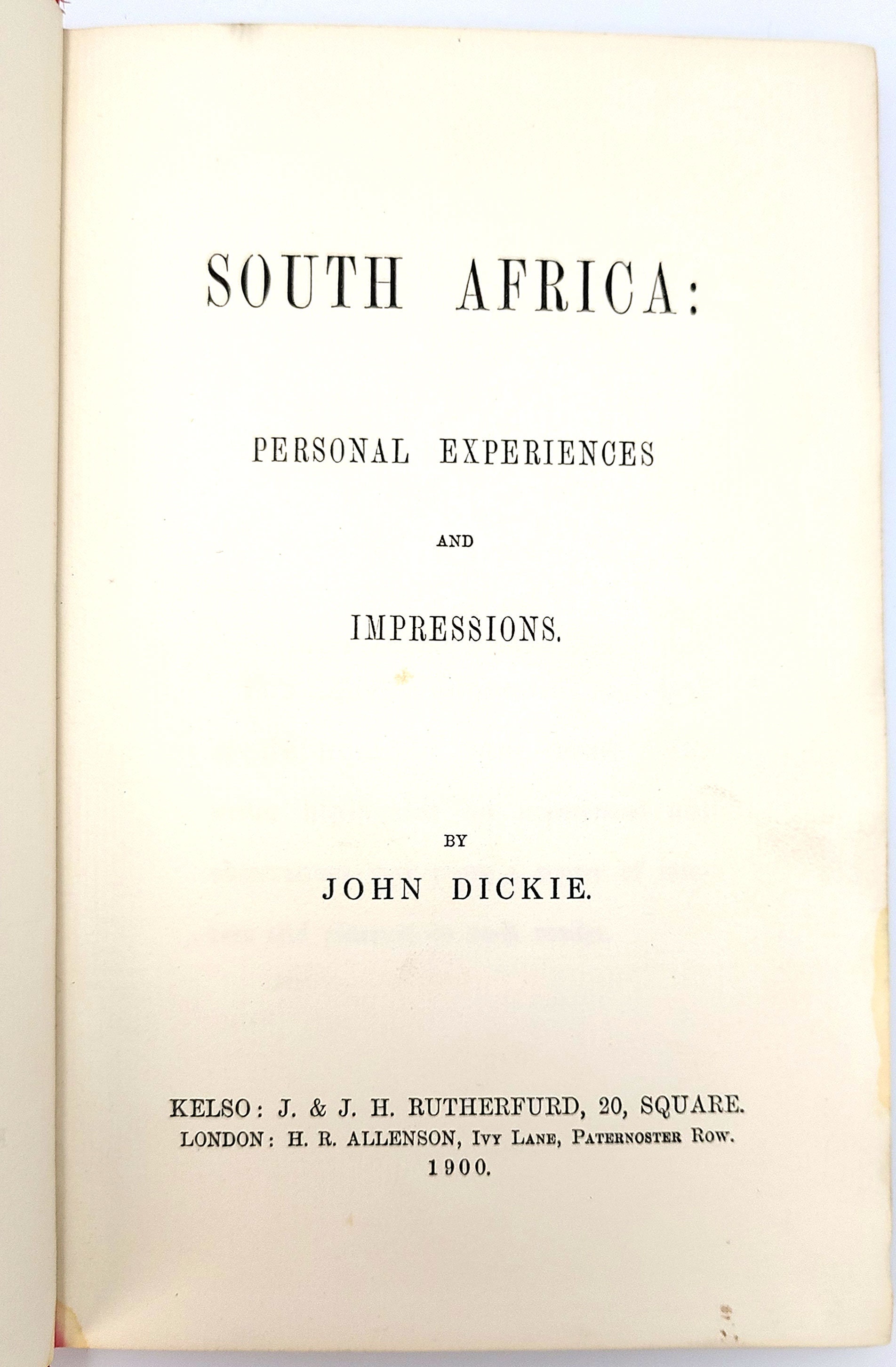 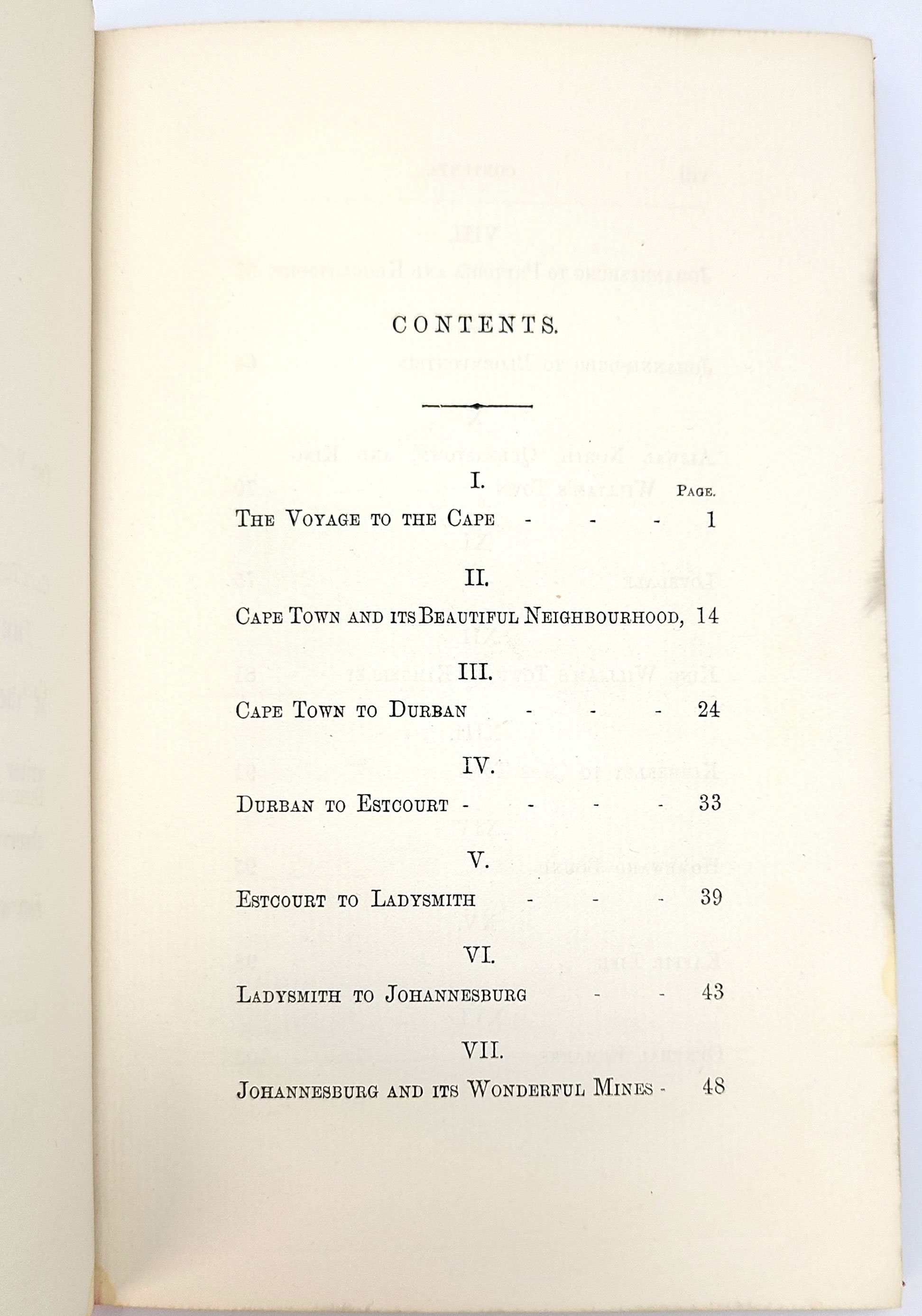 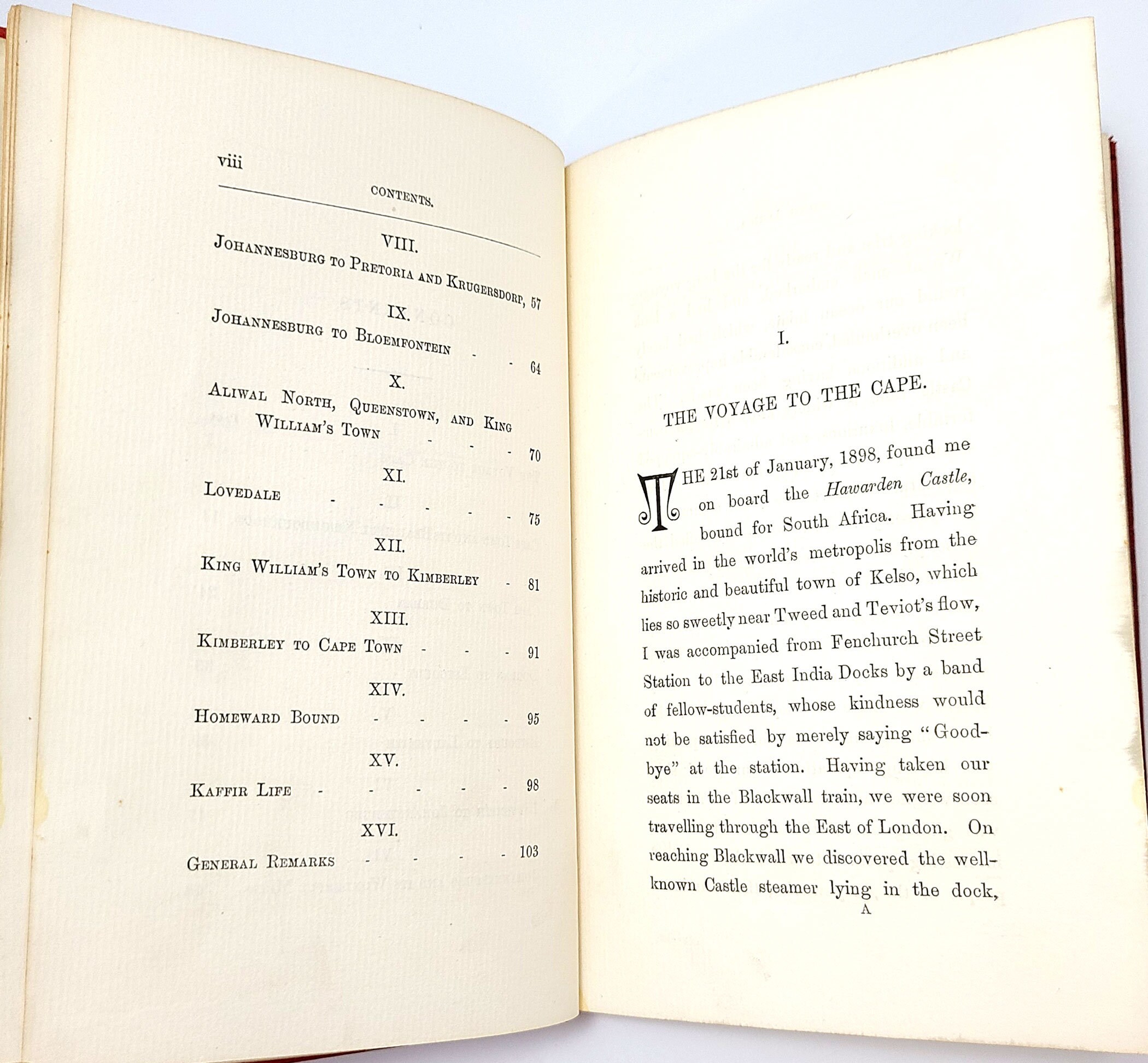 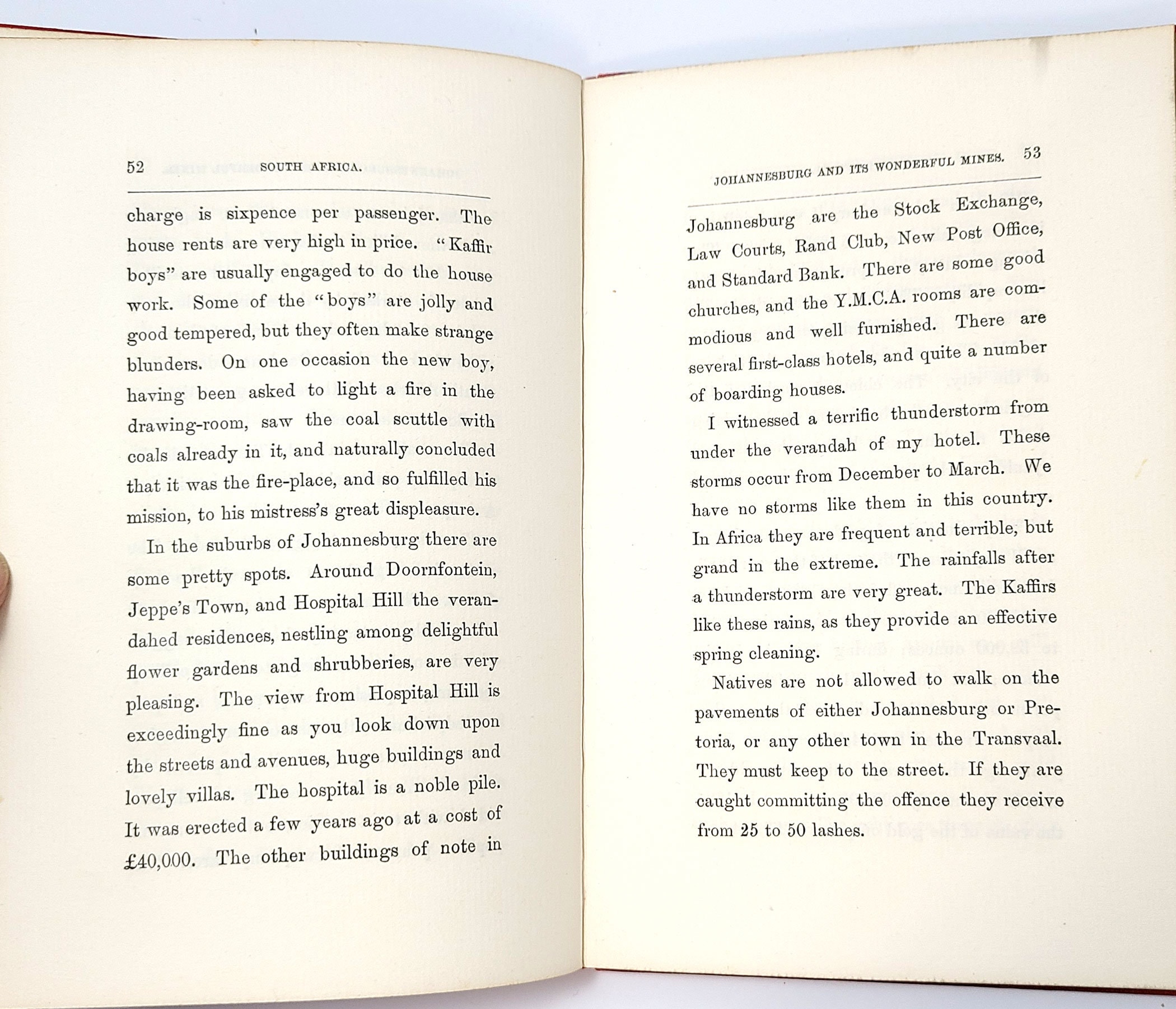 John Dickie's travelogue of South Africa (Cape Colony, Orange Free State, Natal, and Transvaal/South African Republic). As a student from Kelso, Scotland, Dickie's journey begins in January 1898 with a narrative of his sea voyage from London to Cape Town aboard the S.S. Hawarden Castle. Of his travels throughout South Africa, he imparts his observations of city scenes, providing information on local history, recent politics, and material development, and describes many other aspects, including climate, landscape, transportation, population, buildings and accommodations, suburban areas, notable residents (including his personally meeting Prime Minister J. Gordon Sprigg and the notable missionaries John Moffat and Andrew Murray), the character of the Boers and the natives (Zulu, Bantu), etc.