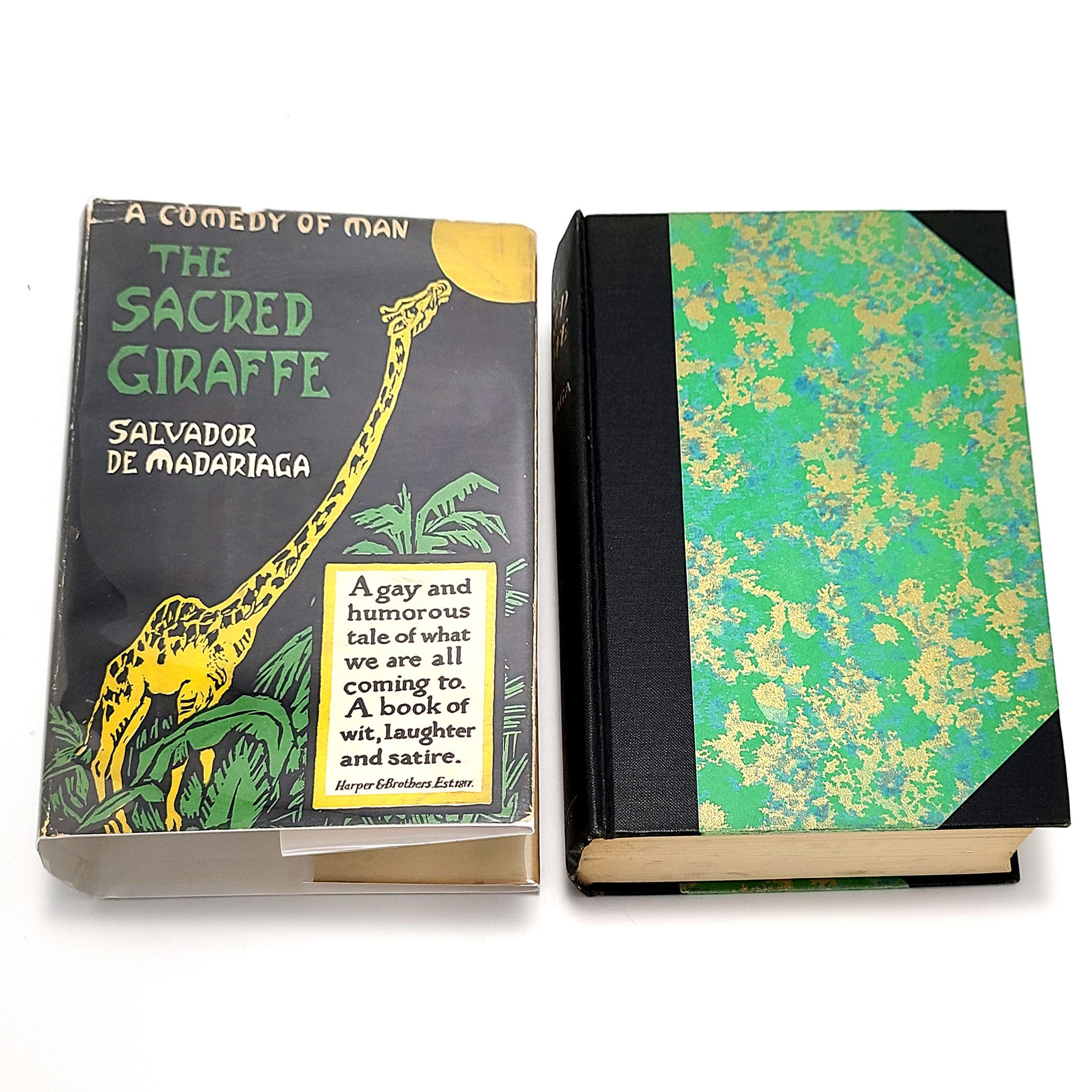 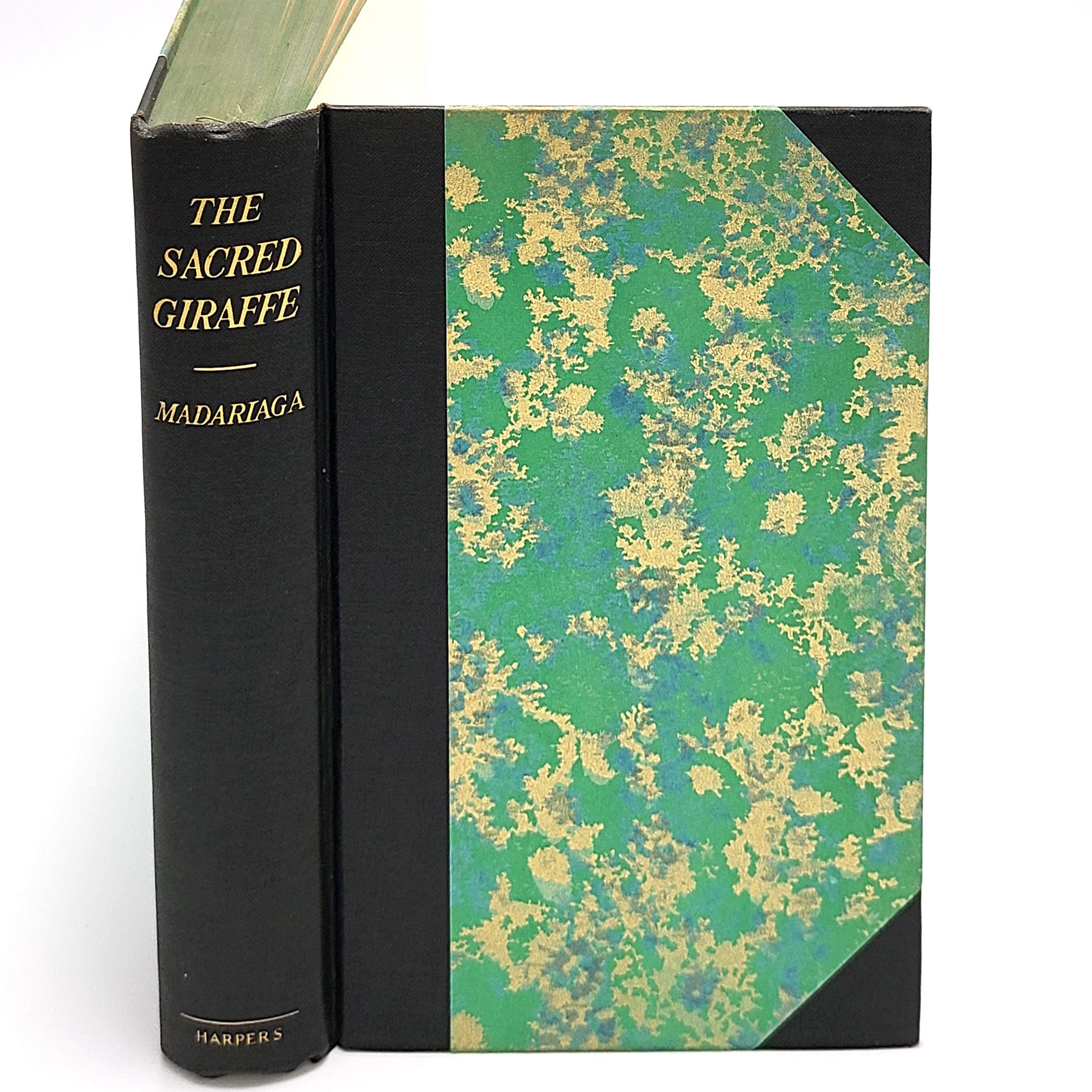 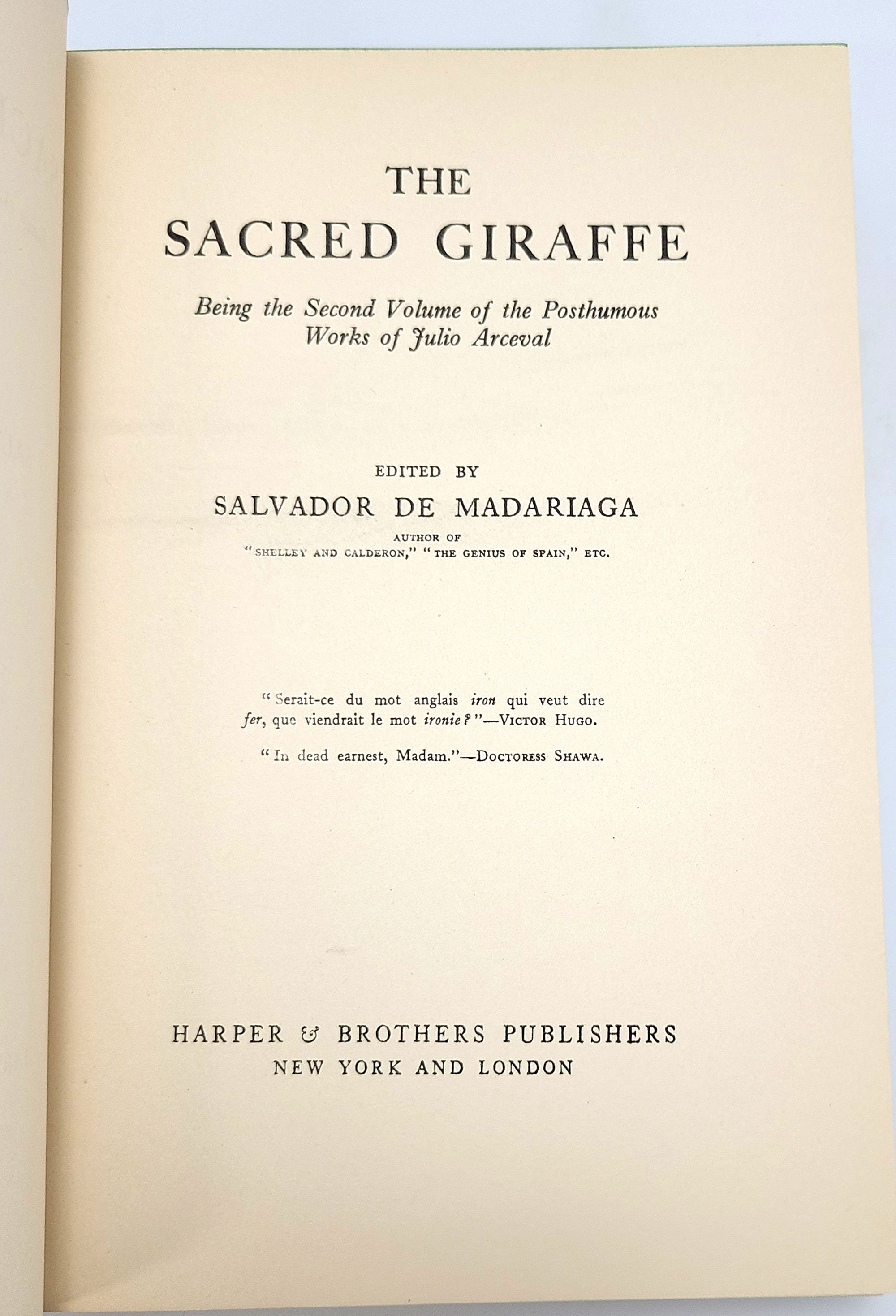 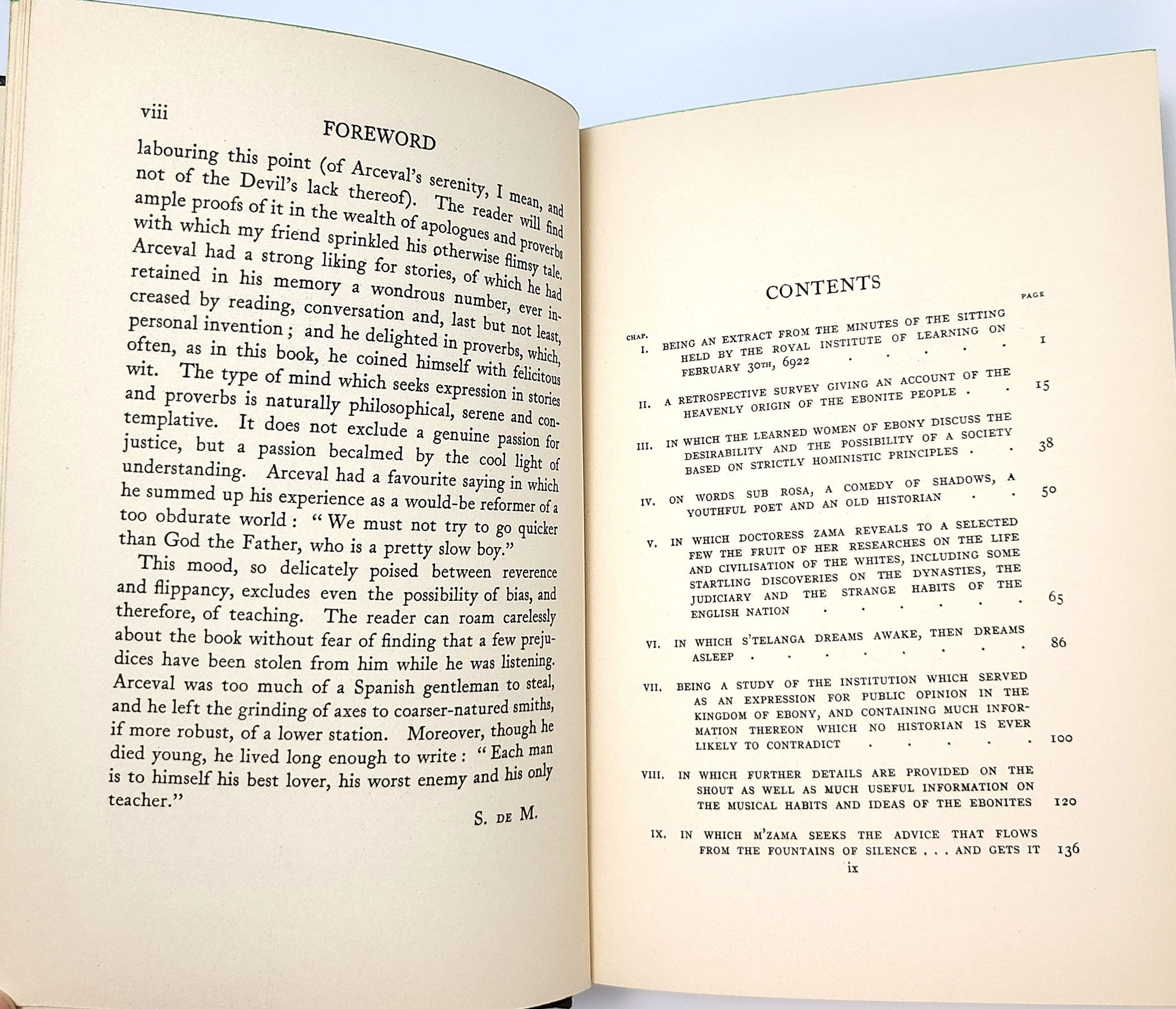 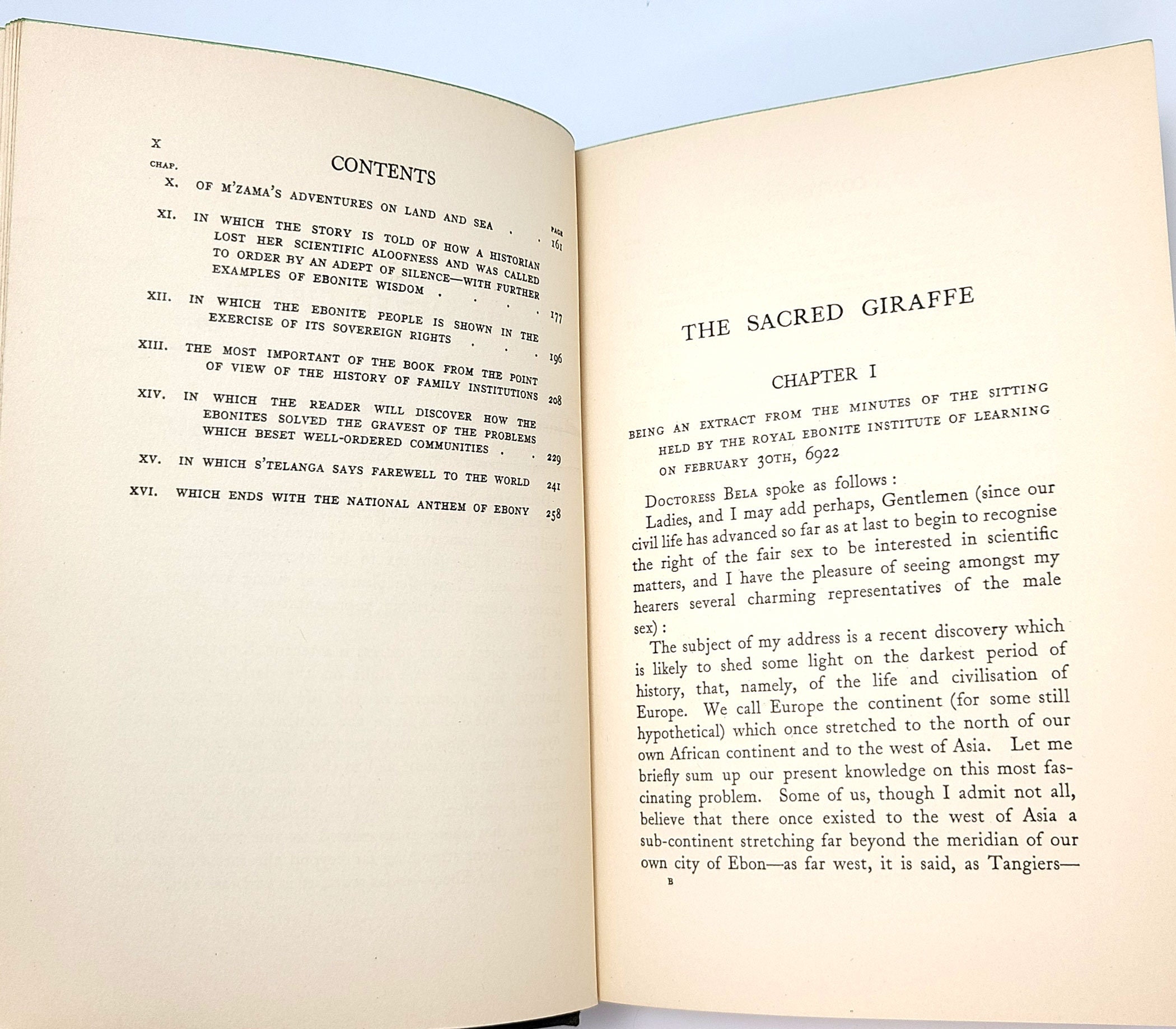 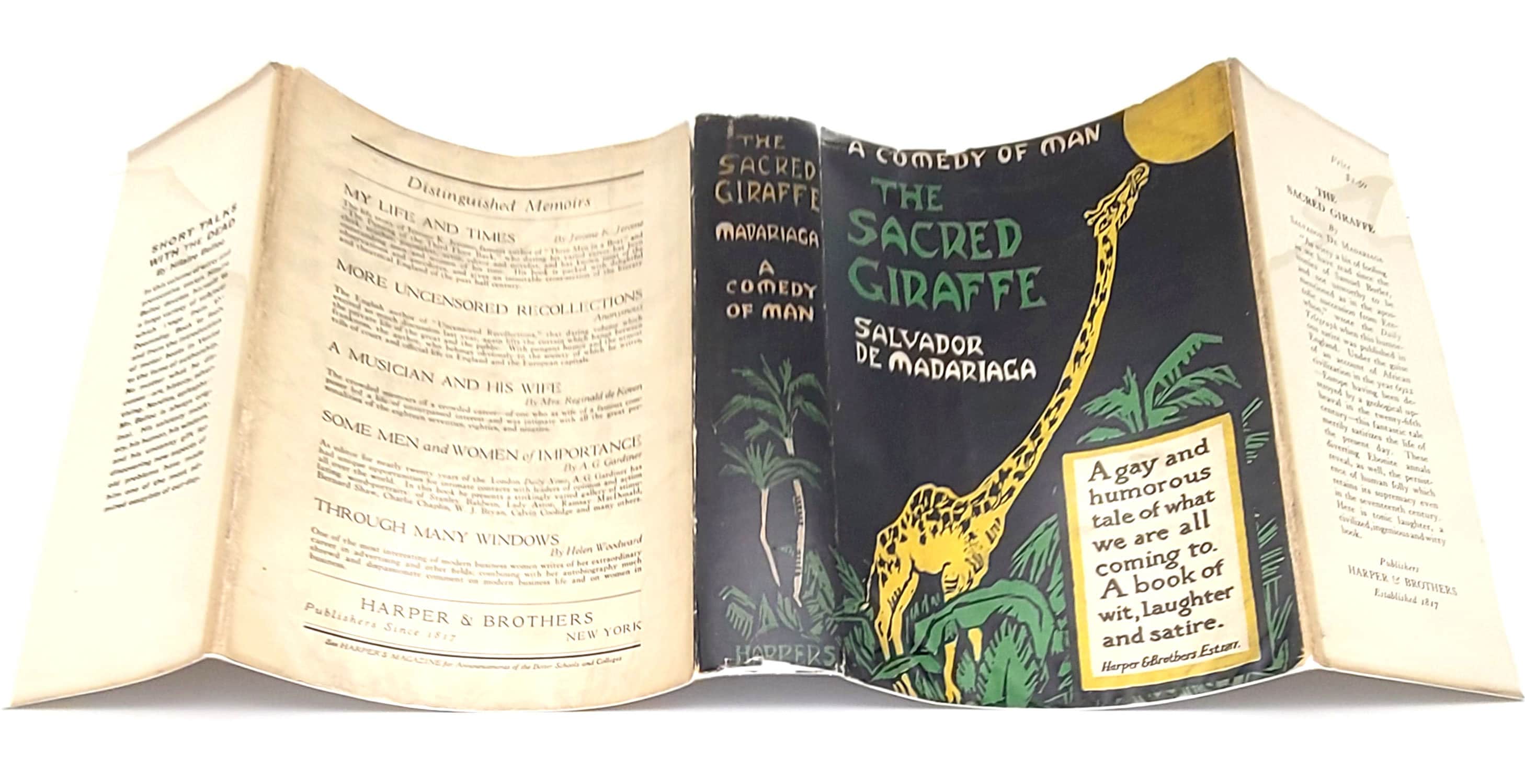 Title: The Sacred Giraffe: Being the Second Volume of the Posthumous Works of Julio Arceval

De Madariaga's comic novel which satirizes 20th century aspirations and human folly through the guise of a fantastical account of African civilization in the year 6922. Europe had been destroyed millennia earlier in a natural cataclysm and the white race gone extinct. Now, women control society, the Royal Ebonite Institute of Learning attempts to unpuzzle the "darkest period of history, that, namely, of the life and civilization of Europe," and the arrangements of social and political order are peculiarly worked out.

Salvador De Madariaga (1886-1978) was a Spanish diplomat, writer, historian, and pacifist. He was nominated twice for the Nobel Prize in Literature, and nominated multiple times for the Nobel Peace Prize, largely for his work with the League of Nations in the cause of disarmament throughout the 1920s.