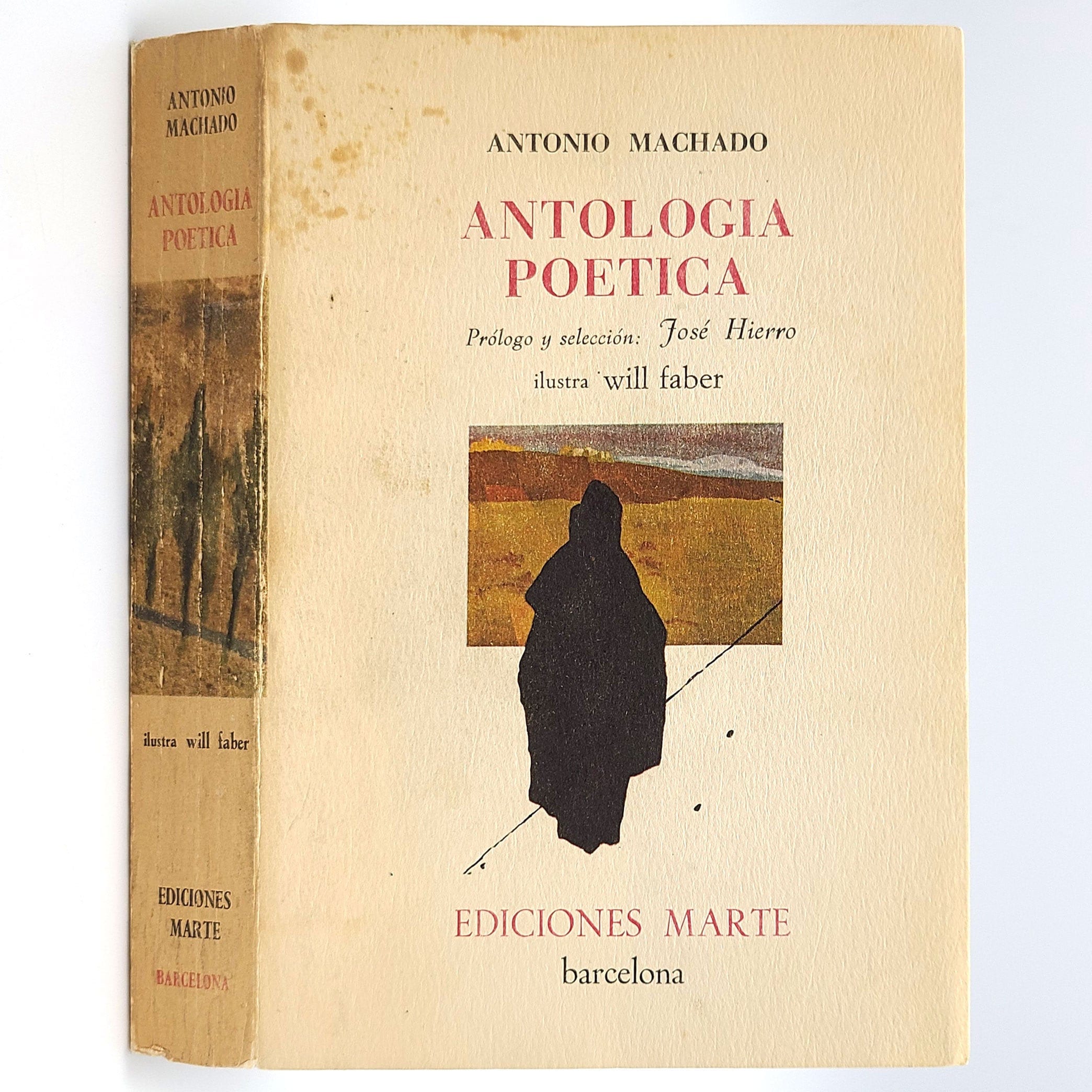 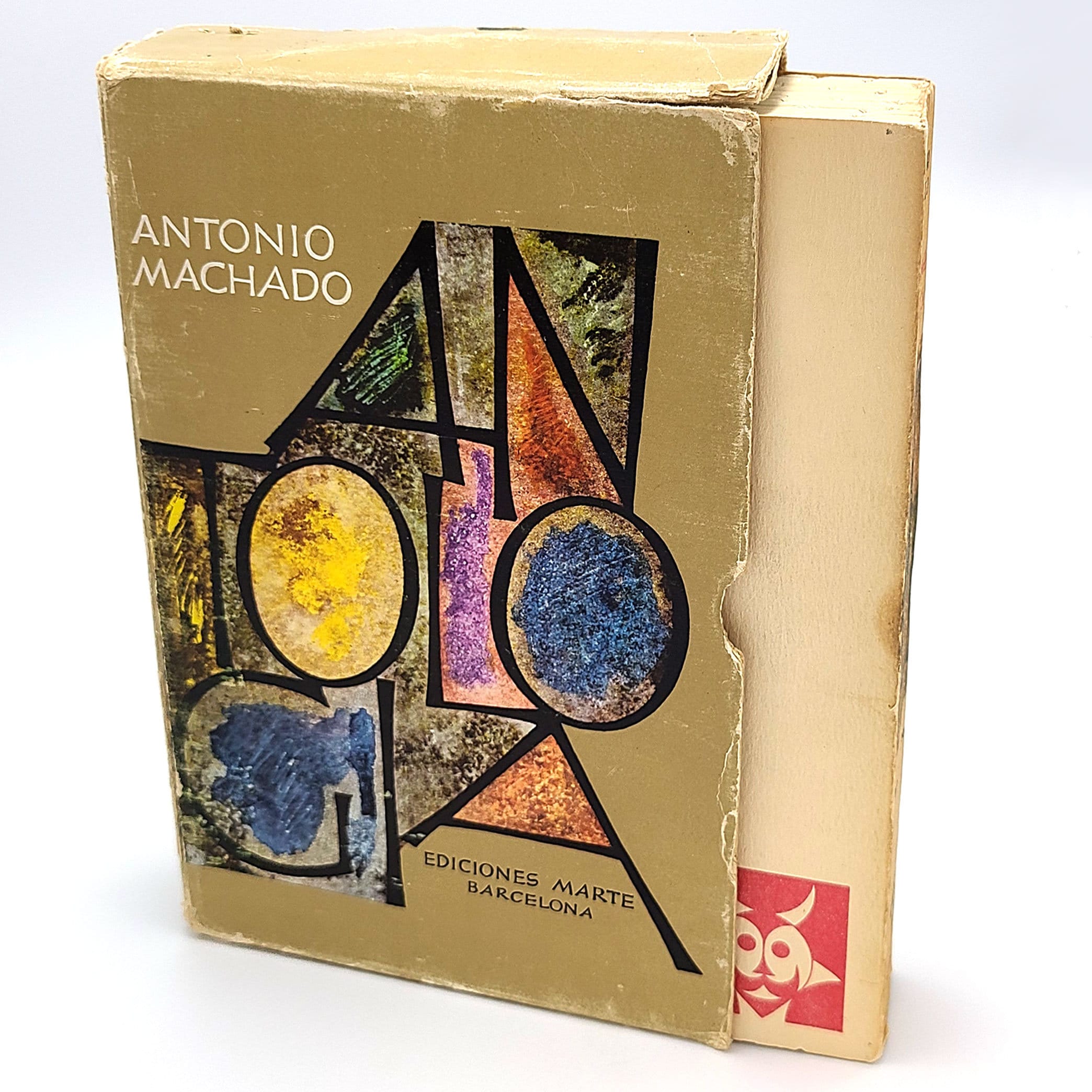 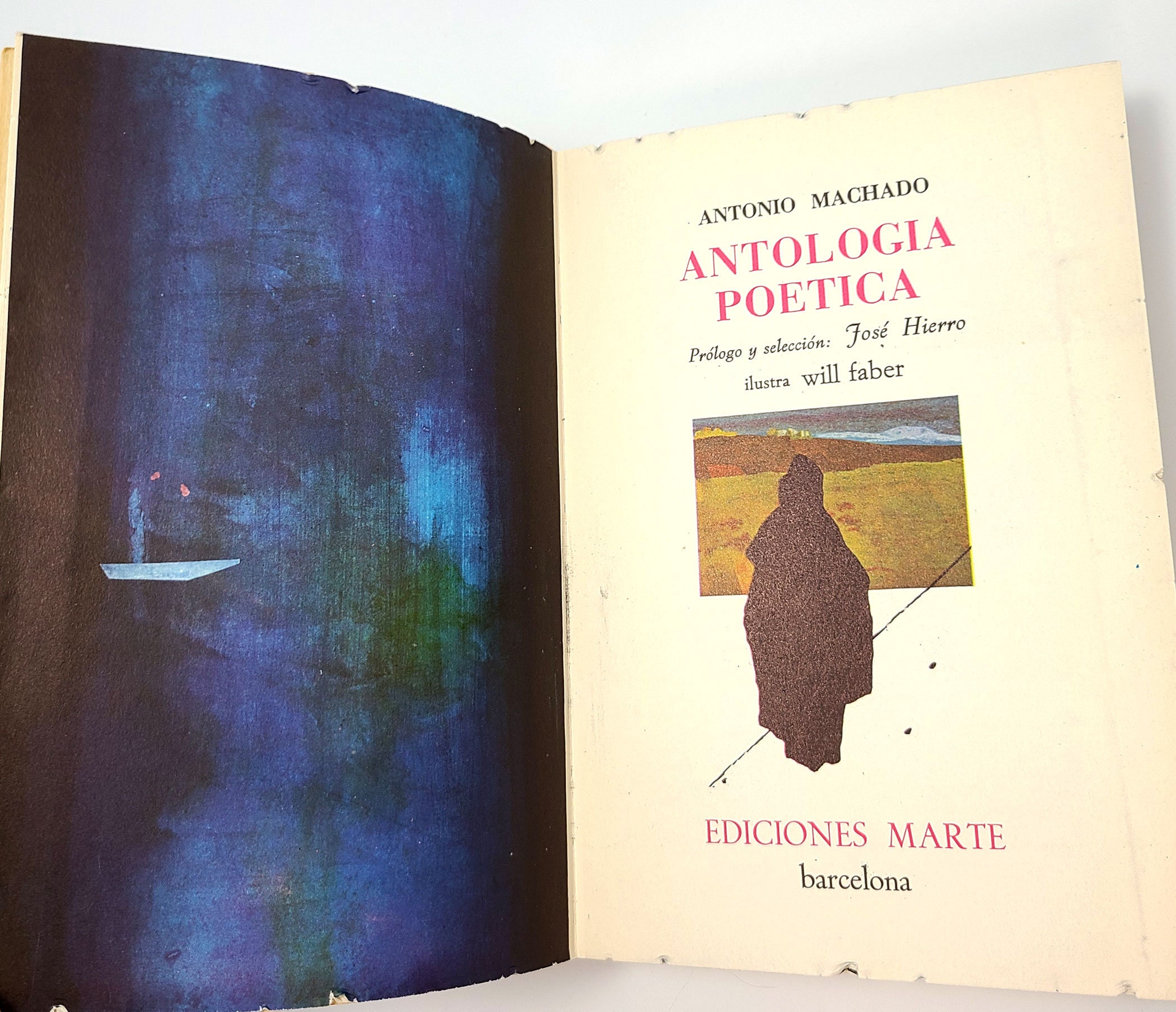 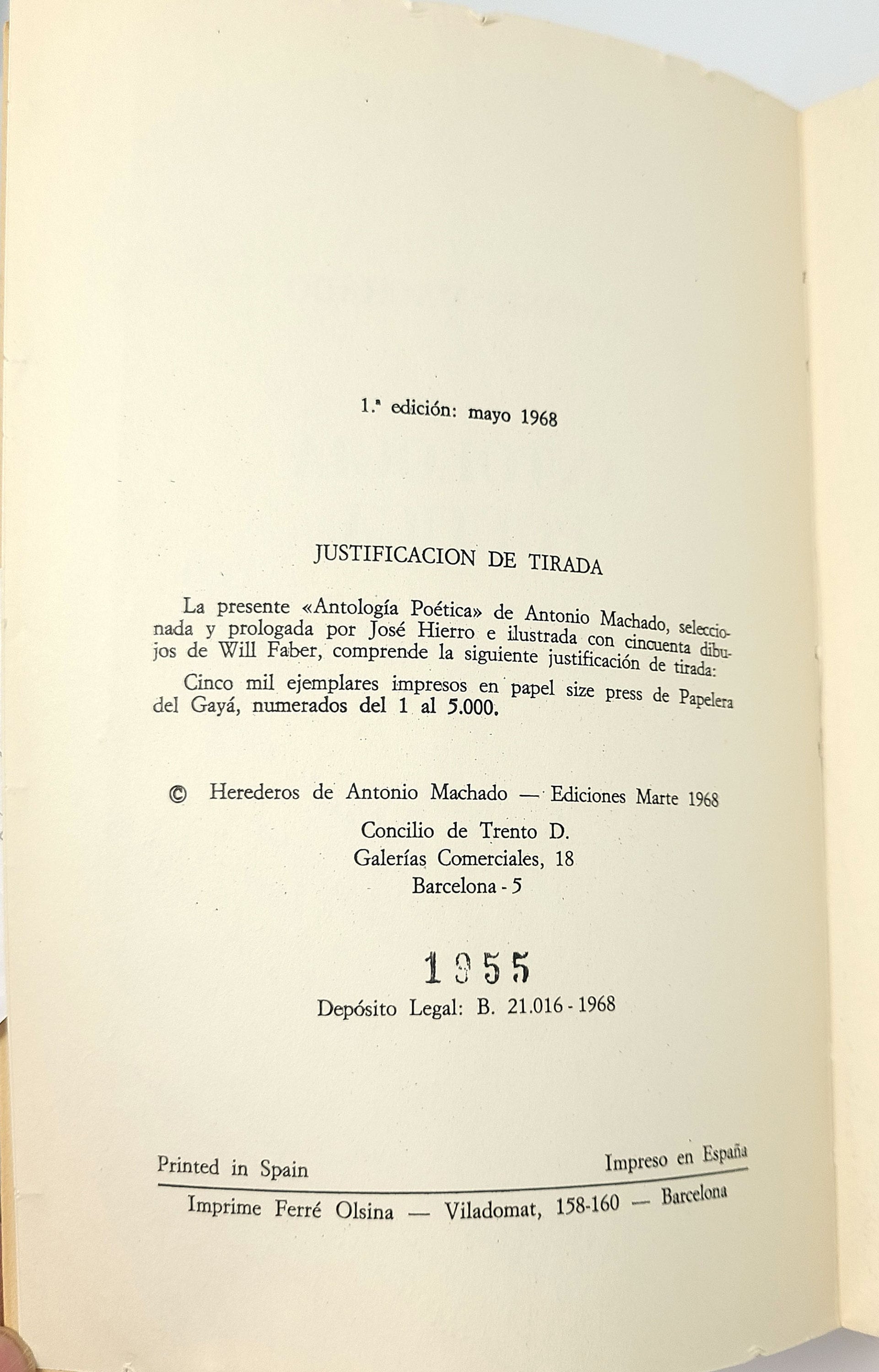 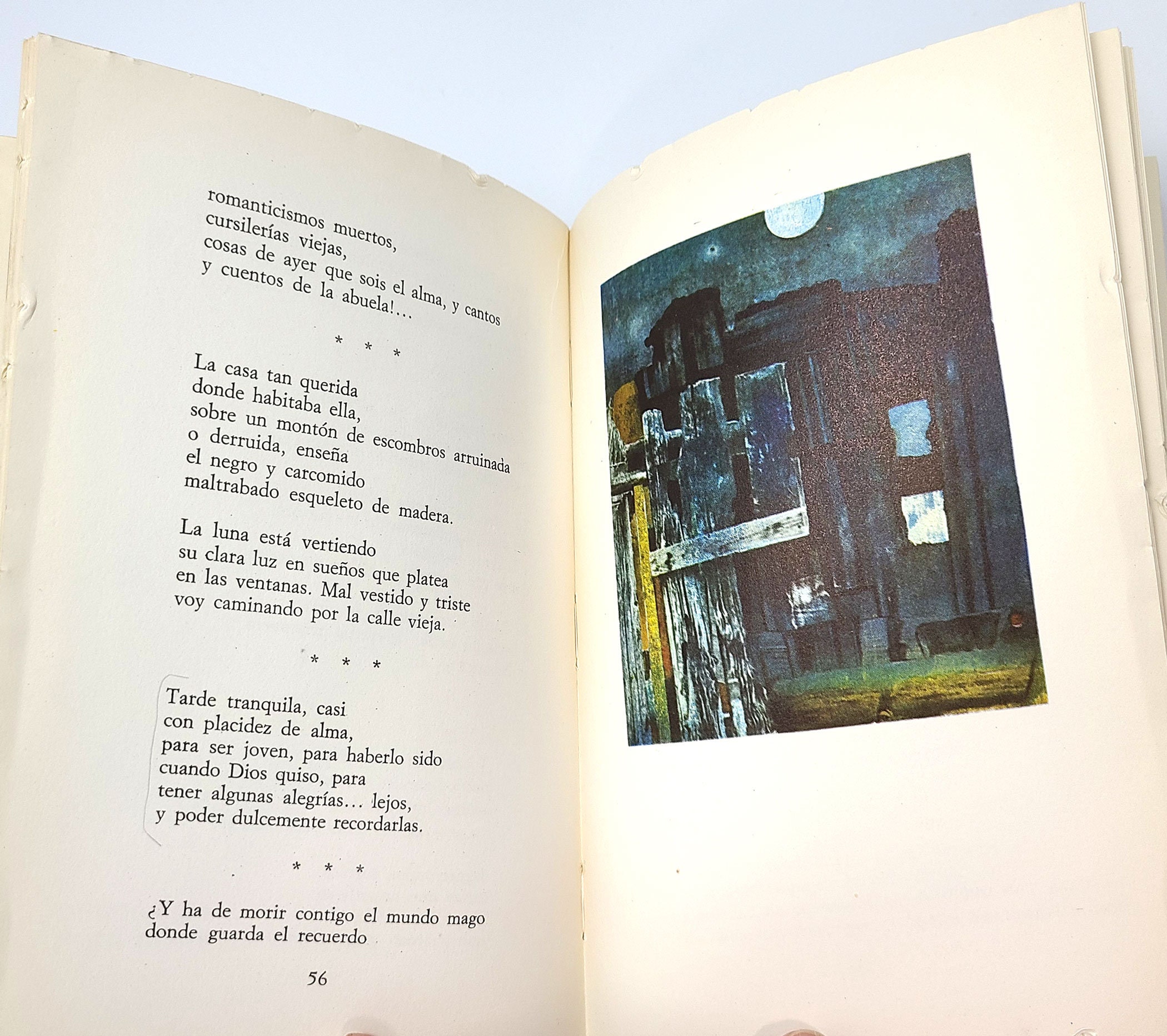 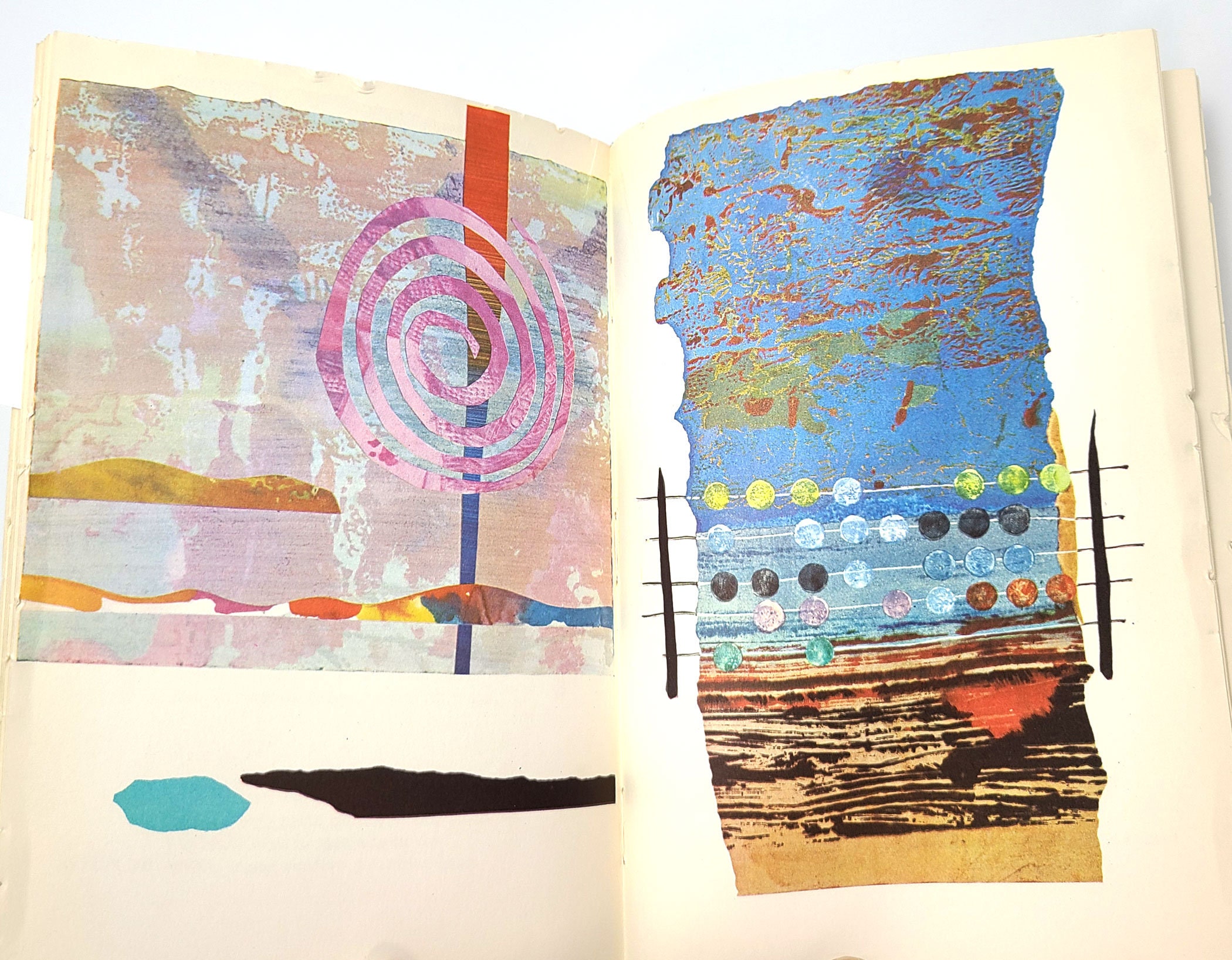 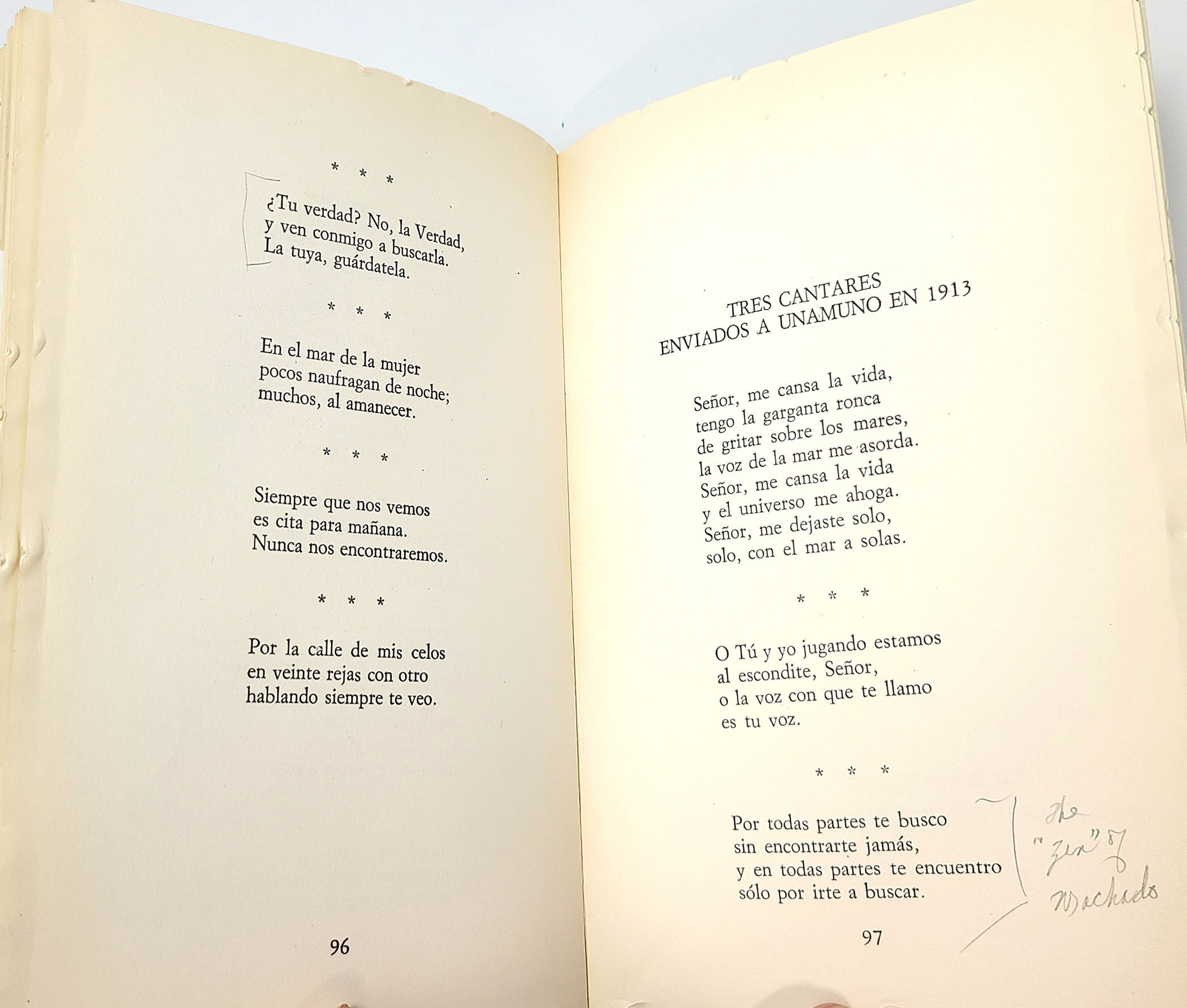 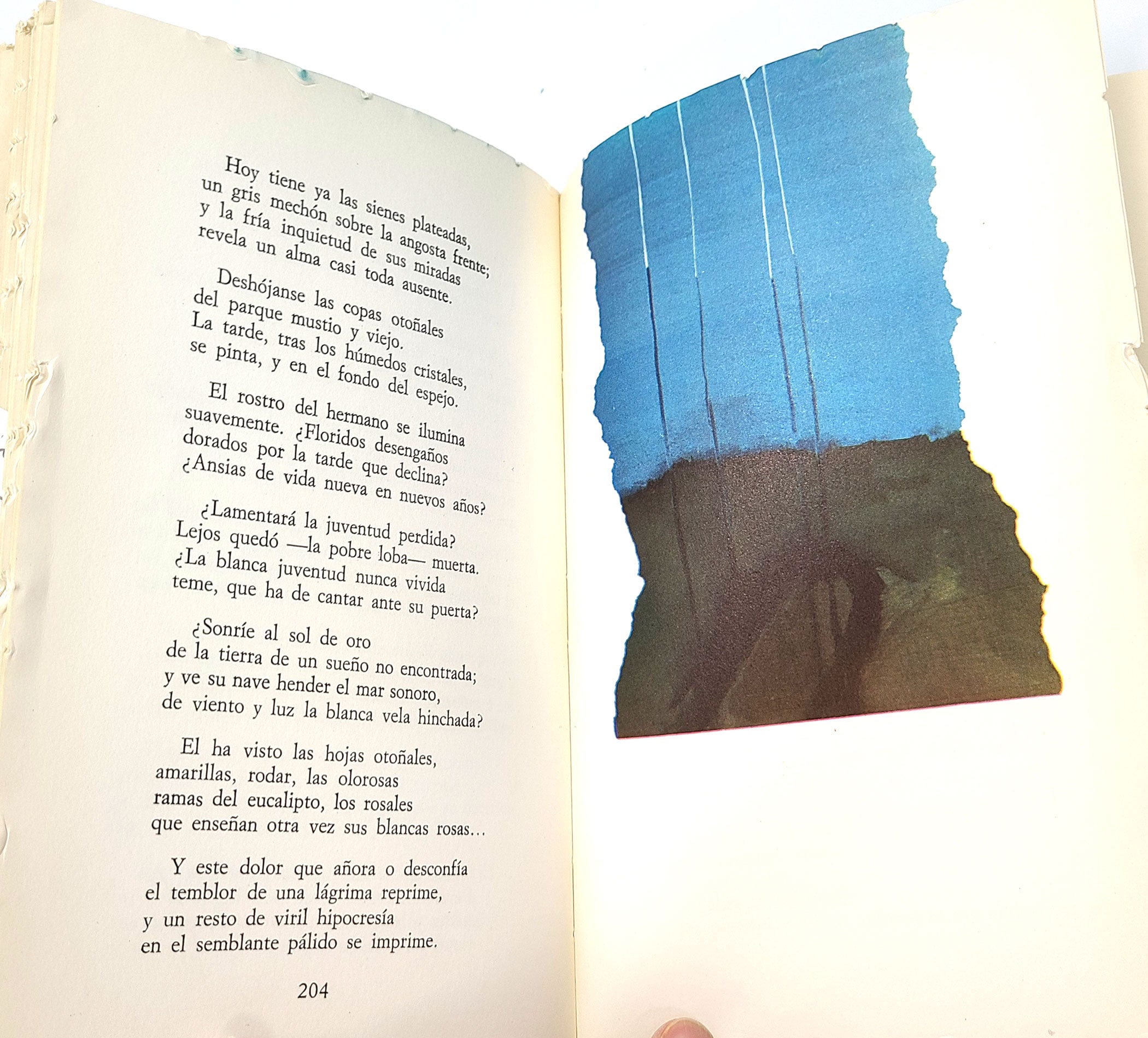 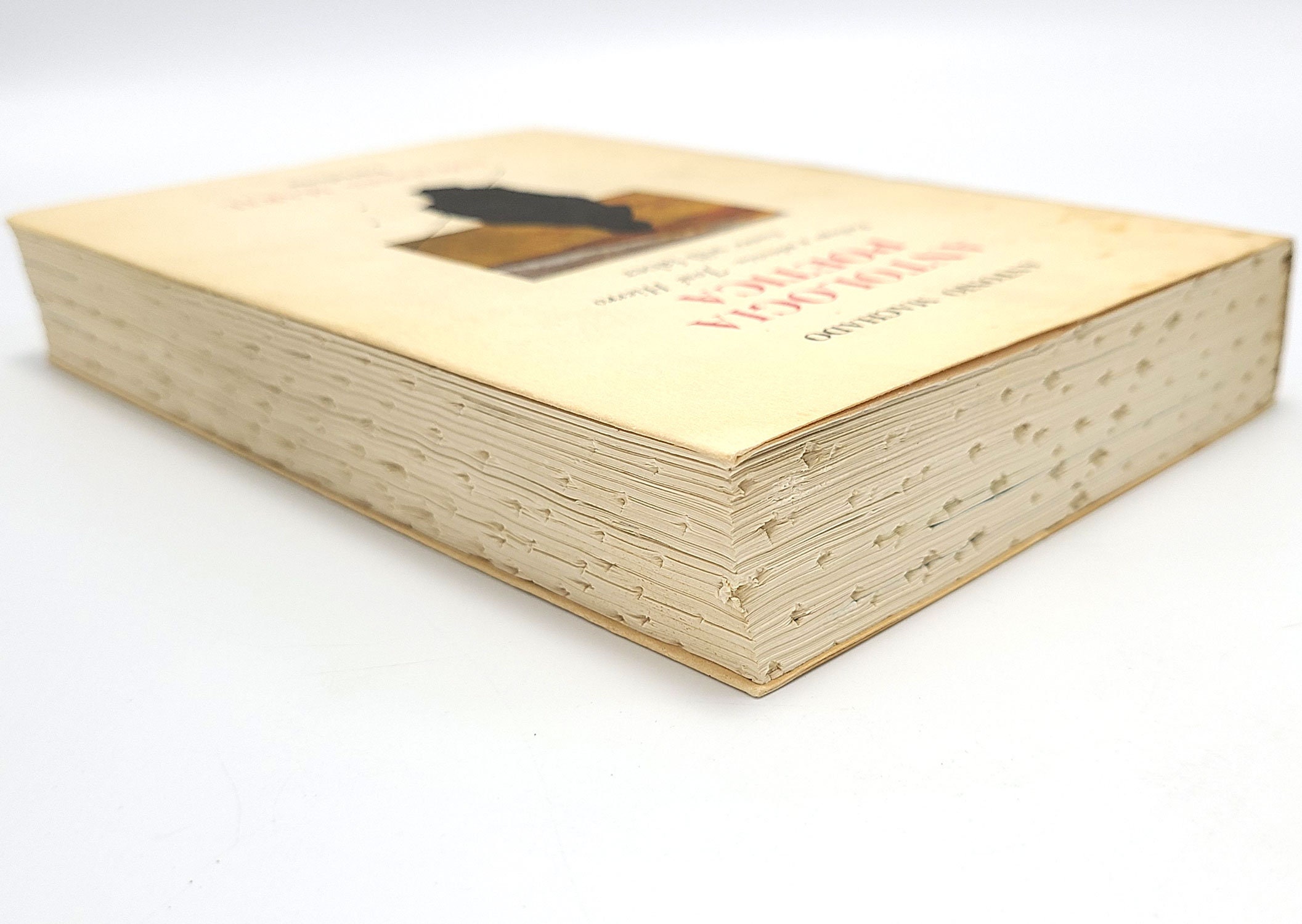 Description: First Edition of 5000 copies [1955/5000]. Wraps with decoratively punched fore-edges, in a card slipcase. Area of soiling in upper left corner of front cover; minor creasing to spine. Long note in pencil on half-title page regarding the purchase of the book (1969) and seeing the ruins of Numancia and the Spanish city of Soria. Many of the poems have penciled marginalia (usually just brackets, but sometimes comments on the poems). More than fifty plates with color illustrations by Will Faber (with titles on the reverse). Introduction by Jose Hierro. pp. xxi, 291, [6]. 20 x 13.5 cm. Slipcase is worn around the edges. Coleccion Pliegos de Cordel.

Antonio Machado (1875-1939) was a Spanish poet and one of the leading voices of the Generation of '98 literary movement. Will Faber (born Rudolf Wilhelm Faber) was born in Saarbrucken, Germany in 1901 and studied illustration at the art schools there and in Munich. Beginning in 1932 he began traveling and living in Spain (returning to Germany during the civil war), where he worked as a commercial artist and, after about 1950, as a fine artist. He died in Barcelona in 1987.